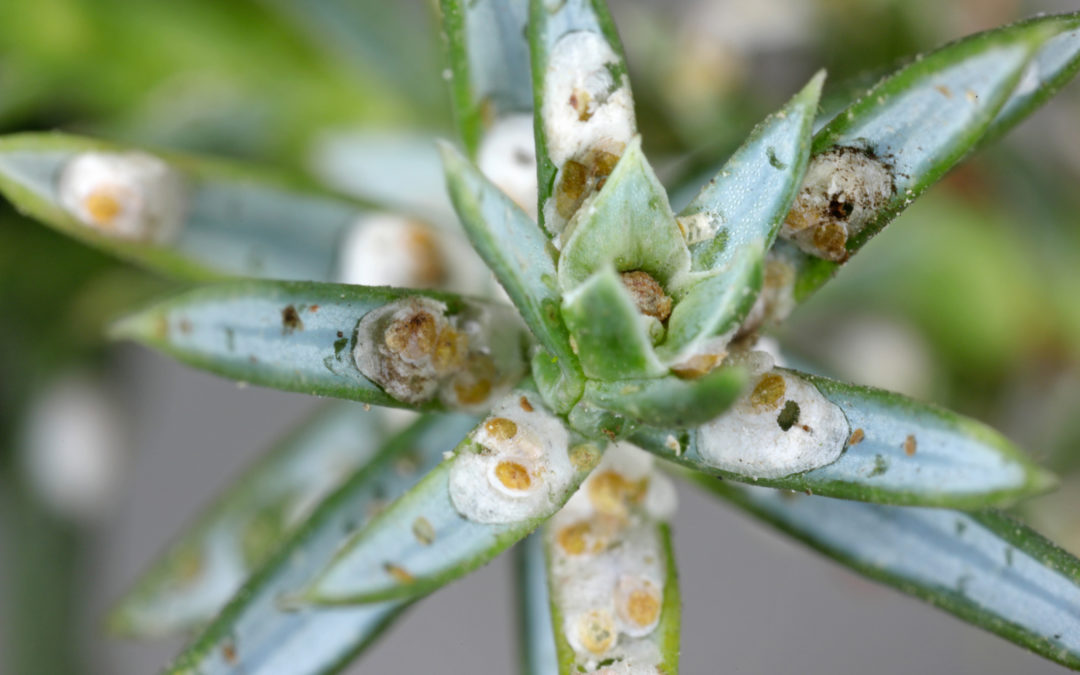 Scale insects can take on several different shapes, sizes, and colors and typically have evolved to favor a particular host. They are very small and can be hard to spot until the infestation has reached a critical level. The most effective treatment for scale is typically a horticultural oil but these can be expensive and dangerous to use in the hot summer months.

The other control option is to spray at just at the right time. The timing you are trying to achieve is when the scale’s eggs hatch and they enter the “crawler” lifecycle stage. This is when the young scale insects are actively moving and have not formed their hard protective shell. If you have an area with an adult scale population, first identify the species and then find out what the GDD is for the egg hatch. Once you know the approximate GDD for the insect, begin scouting around that time for crawlers emerging. This is your best chance at a good chemical control. Most scale insects will hatch multiple times a year, and we are entering into most species second hatch. This will keep the populations in check and hopefully prevent an infestation from spreading to other areas.

Below are a couple more examples of scale that are common in nurseries in this area. Feel free to reach out if you have any other questions about these annoying pests.

Leave a goodmark this next season. Buy quality wholesale trees and transform the landscape.